COVENTRY — It appears, and has so for several weeks, that a large project is about to begin along Portage Lakes Drive, but the work has yet to get underway.

At the Sept. 14 Coventry Board of Trustees meeting, David Koontz, engineer project manager with the Summit County Engineer’s Office, provided an update on the Ohio Department of Natural Resources’ (ODNR) plans to improve the dam in East Reservoir, which is part of Portage Lakes State Park.

At the end of July, ODNR officials reported that crews were finishing up work to improve the safety of Long Lake Dam, also part of Portage Lakes State Park, while preparing to address dam structure issues in East Reservoir.

Koontz said permits for the project still are pending. He told the board it takes time to get waterway permits. The majority of the project will be completed in the lake, Koontz said. He said ODNR needs permits from the U.S. Army Corps of Engineers and the Environmental Protection Agency (EPA) before work can begin.

The ODNR released a statement Sept. 13 that stated “improvement work at East Reservoir will begin when ODNR secures the necessary permits, which is expected soon.”

According to ODNR officials, project completion remains set for spring 2019.

ODNR officials stated local traffic in the work zone will be maintained, but motorists should be prepared to see flaggers, who will direct traffic during the movement of heavy construction equipment.

ODNR is spending $29.6 million to reconstruct the East Reservoir Dam, which was built around 1840, as it no longer meets current safety standards.

The agency determined that some of its inland lake and reservoir dams pose an elevated risk to public safety because of their age and condition and because they do not comply with current dam safety requirements, said engineer Pete Nix, of Tetra Tech, the project engineering firm for the Portage Lakes work.

He told the board the ODNR expects to work on the dam improvements through the winter, temperatures permitting.

Also at the board meeting, the trustees approved a requested road vacation for Angola Avenue Extension, also known as Central Avenue. Trustee Tom Seese said the avenue is an unimproved right-of-way off of Boston Avenue. The township received signatures from 12 residents of the neighborhood approving of the road vacation. He said the requested vacation was made known to area property owners and a sign was posted, and the township has not received any opposition to the request.

The board additionally approved the fire department’s application for the Brandon Michael Fugate Foundation Grant award for a scanning sonar with antenna in the amount of $1,850.

In other meeting news, Seese said the board is considering flooring upgrades to the township’s senior center to make it more user friendly for future rentals. He said the board also may decide to allow beer and wine to be consumed on the property.

“It is too nice of a building to let it sit there,” he said.

Seese said groups do rent the center now, but the township would like it to be used on a more regular basis.

The board’s next meeting is set for Oct. 12 at 7 p.m. at Coventry Town Hall, 68 Portage Lakes Drive. The board will conduct a workshop beginning at 6 p.m. 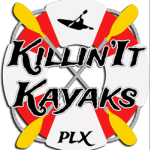