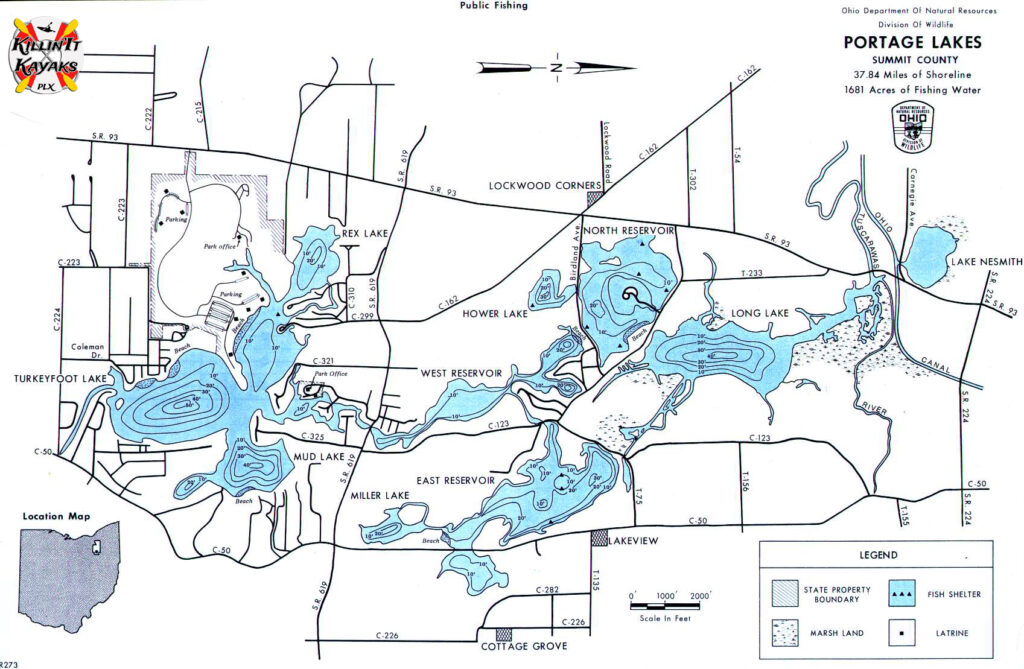 As of Sept. 2015, camping is no longer available. The area that used to be the campground is now managed by Summit Metro Parks. 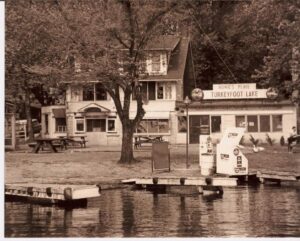 Portage Lakes is named after the old Indian portage path which connected the Cuyahoga River flowing north to Lake Erie and the Tuscarawas River which through the Muskingum, flows south to the Ohio River. This proved advantageous for the Indians and early settlers as navigation from Lake Erie to the Ohio was possible with only one eight-mile portage overland. Portage Lakes State Park lies at one of the highest points of the state and on a major watershed divide in Ohio. Some water from the lakes reaches Lake Erie and some flows to the Ohio River.

The area became an important trading post for settlers and Indians. It was a recognized landmark during the War of 1812, serving as a rendezvous point of American troops. The old Indian portage path was part of the ancient boundary between the Six Nations and the Western Indians. 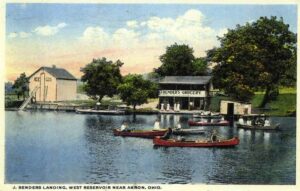 The city of Akron was laid out in 1825 and was first settled by Irish laborers and others working on the Ohio Canal. Once the canal was completed, the town flourished. Several important industries brought prosperity to the area including stoneware potteries, sewer pipe manufacturing, the match industry and, most recently, the tire and rubber industry. At one time, the Blue Diamond Match Company in Akron used three million board-feet of white pine lumber per year for the manufacture of its matches.

Several of the Portage Lakes were built as feeder reservoirs for the canals to maintain the required depth of four feet. The lakes were used for this purpose until the canals were abandoned in 1913. The lakes were then used to meet the water needs of the local industries. Some portions of the remnant canals in the Akron area can still be boated.

The Ohio Department of Public Works maintained the canal lands for recreational purposes until 1949 when the Portage Lakes were transferred to the newly formed Ohio Department of Natural Resources Division of Parks and Recreation. 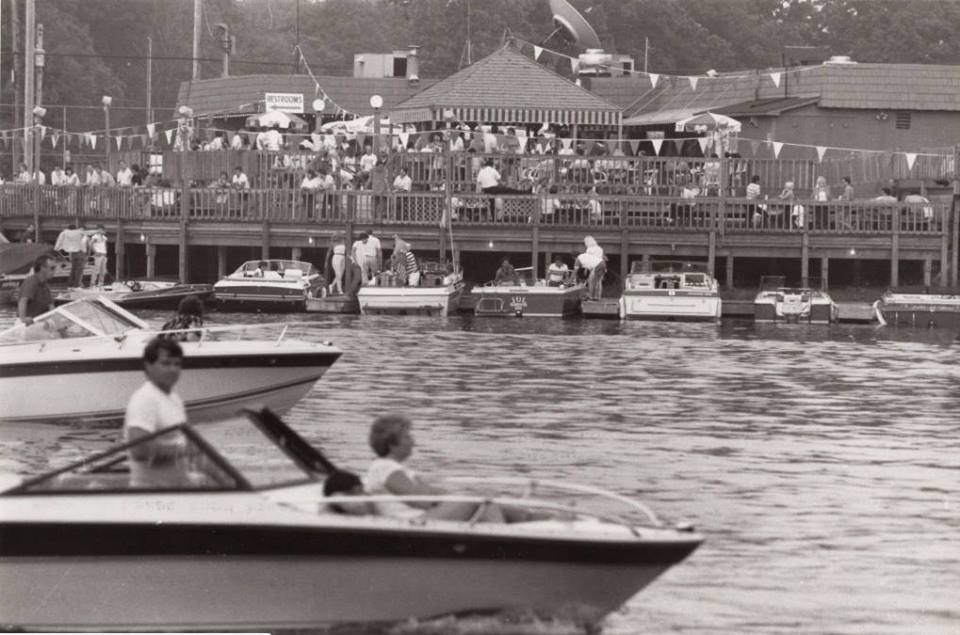 Although early Ohio offered the Indians and settlers vast water resources through Lake Erie and its major river systems, there were very few natural lakes or ponds in the state. Those that existed, including several of the Portage Lakes, were the direct result of glacial activity. These bodies of water were formed by huge chunks of ice which broke off the retreating glacier and melted in depressions forming kettle lakes. Many of the natural lakes in Ohio have aged into bogs or marshes.

Unique plants associated with these boggy areas can be found in the park. Tamarack trees, more common in northern boreal forests, are scattered through the park with patches of skunk cabbage and cranberry also present. Nice stands of beech-maple forest provide refuge for skunk, raccoon, white-tailed deer and many other animals. The wetlands of the park attract thousands of geese and waterfowl during spring and fall migration periods. Mallards, wood ducks and Canada geese nest in the wetlands each year. In addition, woodcock, heron, hawks, owls, red fox, beaver and muskrat are often sighted.

Turkeyfoot Lake and East Reservoir permit wake activities according to the following schedule: